Cassava is a shrubby, tropical, perennial plant that is not well known in the temperate zone. Cassava thrives better in poor soils than any other major food plant. As a result, fertilization is rarely necessary. Cassava is a heat-loving plant that requires a minimum temperature of 80 degrees F to grow. Since many cultivars are drought resistant, cassava can survive even during the dry season when the soil moisture is low, and humidity is high.

Around the world, cassava is a vital staple for about 500 million people. Cassava’s starchy roots produce more food energy per unit of land than any other staple crop. Nutritionally, the cassava is comparable to potatoes, except that it has twice the fibre content and a higher level of potassium.

In Asia, cassava is used in a variety of food products, the same way potatoes are used in the U.S. They can be used as vegetables in dishes, grated to make pancakes, dried and ground into tapioca flour, or sliced and made into snack chips.

Unlike our Asian neighbours, Indonesia, Singapore, Malaysia and Thailand, have a huge market for cassava as a snack compared to the Philippines. Our Company’s mission is to introduce Cassava as a healthy and delicious alternative to potato and flour based snacks. Here are other reasons why our Company developed California Crunch Cassava Chips: 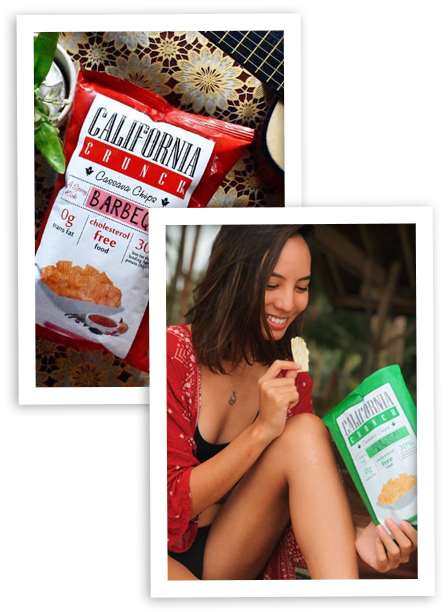 Sweet start and Spicy finish, these two flavours are always related when it comes to Asian barbecues. As soon as our snacks are eaten, the sweet flavour is tasted first and when the sweetness fades away, the vbursting out. Just an incredible combination, words can’t truly describe the experience.

LOVE THE  TASTE AND ENJOY THE CRUNCH!

California Crunch Cassava Chips Sour Cream & Onions, an American twist to an Asian Snack. We cannot imagine anyone who can resist the sweet, fresh and tangy combination of sour cream and onions. The classic seasoning goes great with potatoes and surprisingly amazing with cassava chips.

LOVE THE TASTE AND ENJOY THE CRUNCH! 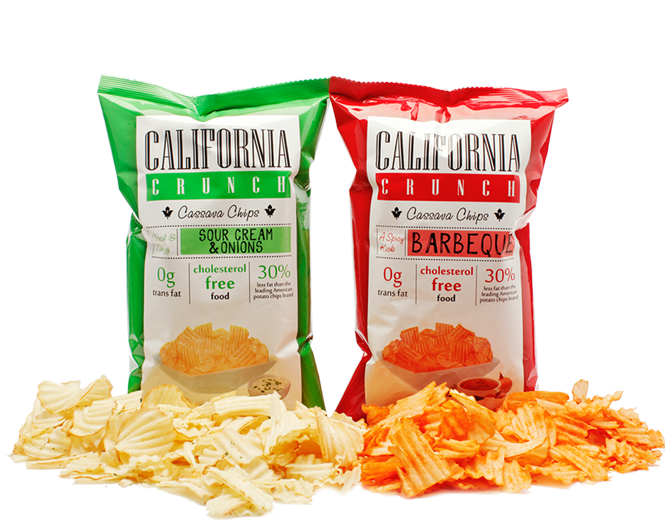 WHERE TO FIND US? 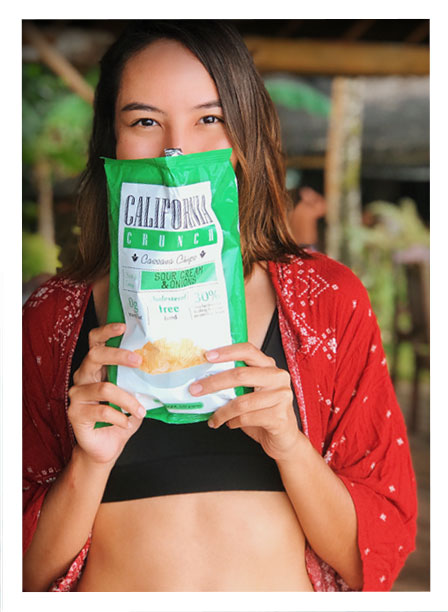 Any questions about our products? You want to order? Please give us a call anytime of the day between 9 am to 6 pm. 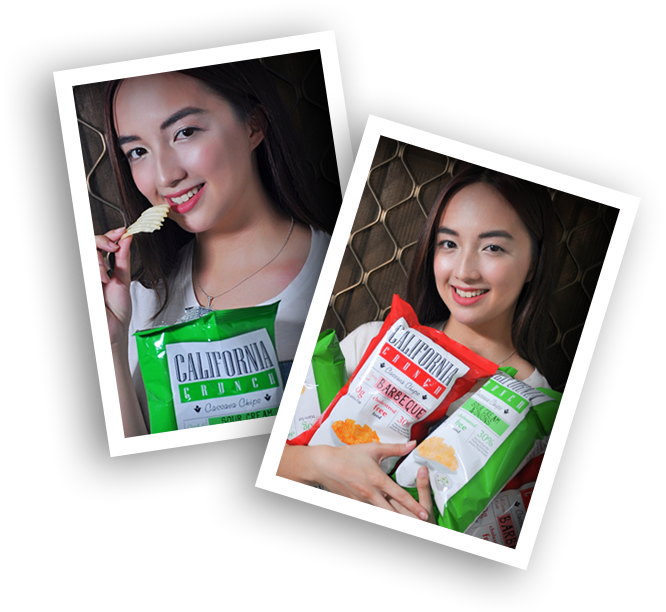